The City of Half Moon Bay will be holding a general municipal election for City Council District No. 4, which will be held on Tuesday, November 8, 2022.

The City of Half Moon Bay holds district-based elections for its five city council seats.

Following the 2021 Redistricting Process, election sequencing was set as follows: 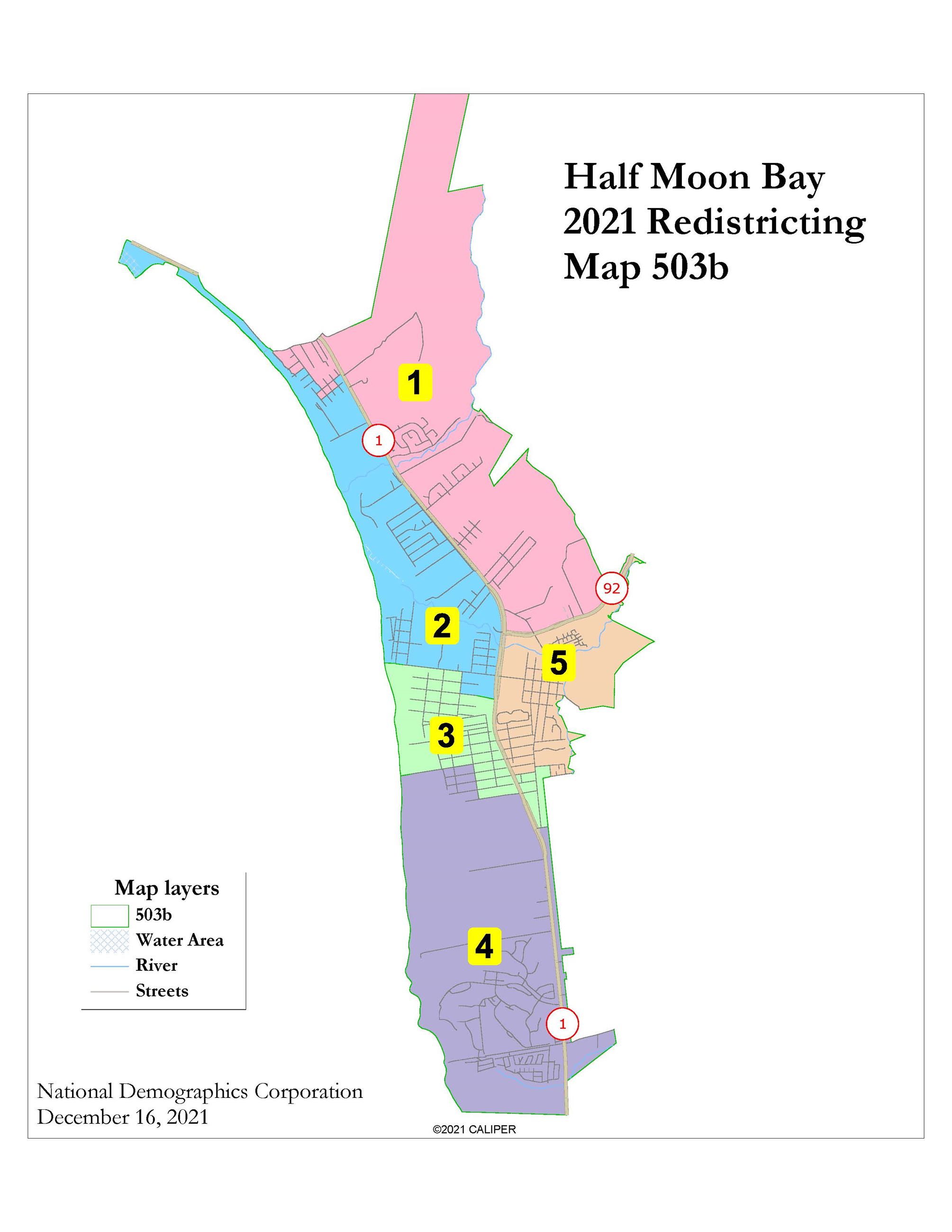 The City Clerk serves as the Elections Official for Half Moon Bay, and conducts regular and special general municipal elections in consolidation with the County of San Mateo for the election of City Council members and local initiatives, referendums, and recalls. City Council members are elected at-large to four-year, overlapping terms, without term limits.

An  initiative is the process by which the electors can propose a new ordinance for adoption by the City. The City Clerk, who is the City’s  Elections Official, is the contact person for information regarding the  circulation and filing of a petition, which is part of the initiative  process.

The  Fair Political Practices Commission (FPPC) is the state agency that  enforces state laws regarding, among other things, campaign finance and spending, financial conflicts of interest, and gifts and honoraria given to public officials and candidates under the Political Reform Act. The FPPC provides written and oral advice to public agencies, candidates,  and officials on the requirements of the Political Reform Act. Please  visit the FPPC’s website for more information at www.fppc.ca.gov.

You can view our public portal for campaign finance disclosure here.

The Political Reform Act requires all California cities to adopt and implement a Conflict of Interest Code, which is a set of rules and regulations designating positions required to file Form 700 - Statement of Economic Interests (a public document). The Code assigns disclosure categories specifying the types of interests to be reported. The types of interests that must be disclosed depend upon the responsibilities of the designated position, and may include investments, business positions, interests in real property, income and other financial interests. The Political Reform Act sets forth the circumstances, based on those declared interests, under which employees and commissioners must disqualify themselves from making, participating in, or influencing a governmental decision.

The City Clerk administers the Conflict of Interest Code at the local level and notifies elected officials and each designated employee and commissioner of his or her filing obligation. State law requires cities to conduct a biennial review of the Conflict of Interest Code to ensure that designated positions and disclosure requirements are kept current. Codes and code revisions are adopted by City Council resolution.

In  addition to state laws, the City of Half Moon Bay has adopted its own  campaign finance ordinance that contains additional restrictions and requirements. It can be viewed online.

California’s 2015 Senate Bill 272 requires that local government agencies post a list of the enterprise systems utilized by the agency. Half Moon Bay’s list is located here.