Project Description: This grant-funded project will provide four different types of improvements in the downtown corridor: 1) bicycle routes 2) pedestrian crosswalks 3) signage 4) parklets/streateries. This is a quick-build project that focuses on implementing a number of the suggested improvements in the Bicycle and Pedestrian Master Plan.

Bicycle Routes: Approximately 0.45 miles of class III bicycle route is included in this project to connect the north side of the Main Street Bridge to Correas Street via Johnston Street. This effort will also include the restriping of select parking spaces from 90 degree to a slanted angle.

Pedestrian Crosswalks: Five high visibility crosswalks are proposed in this project. A standard, ladder design is being considered to provide the greatest amount of visibility and pedestrian safety.

Signage: The first phase of the signage efforts will focus on installing 12 parking directional signs on strategically selected intersections to direct drivers to available parking off Main Street. This will reduce the amount of vehicles idling on Main Street, thus reducing the amount of greenhouse gas emissions emitted in the downtown area. Eleven of the signs will utilize existing infrastructure (e.g. utility poles, light poles, back of stop signs) with only one sign requiring the installation of a new pole. Mock-ups of the proposed locations are available under "More Information".

Parklets/Streateries: The City is providing mini-grants (up to $2,000) to local businesses who would like to develop parklets and/or streateries. These efforts will support the City's Coastside Recovery Initiative by increasing pedestrian capacity in the downtown area and providing additional protection to pedestrians from vehicle traffic. 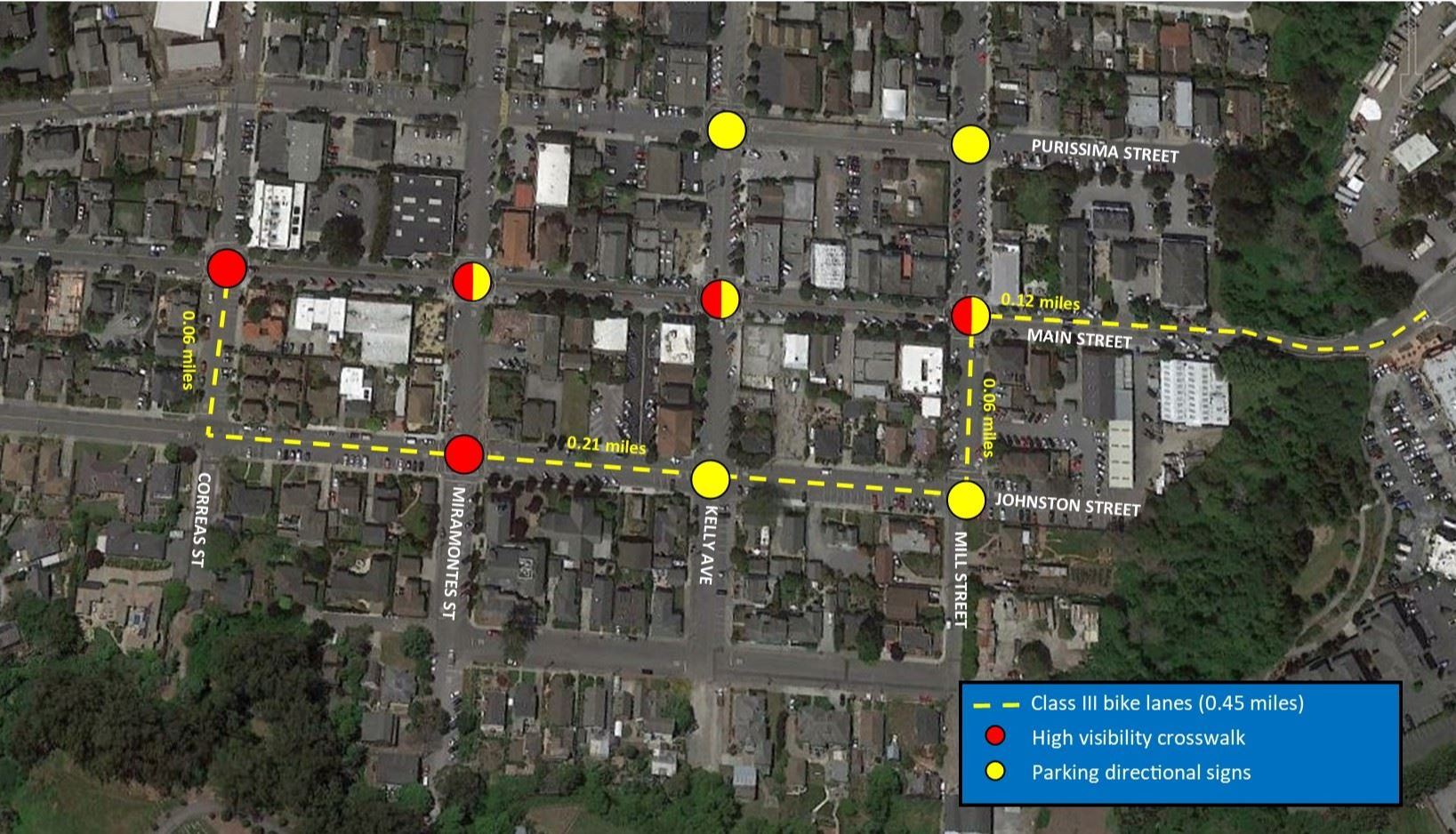 Latest Update: 1/21/2021 - Staff presented the proposed bicycle routes, crosswalks, and parking directional signage improvements to the Bicycle and Pedestrian Advisory Committee (BPAC). BPAC was supportive of the project and advised staff to start promoting the project to businesses and residents adjacent to the project.